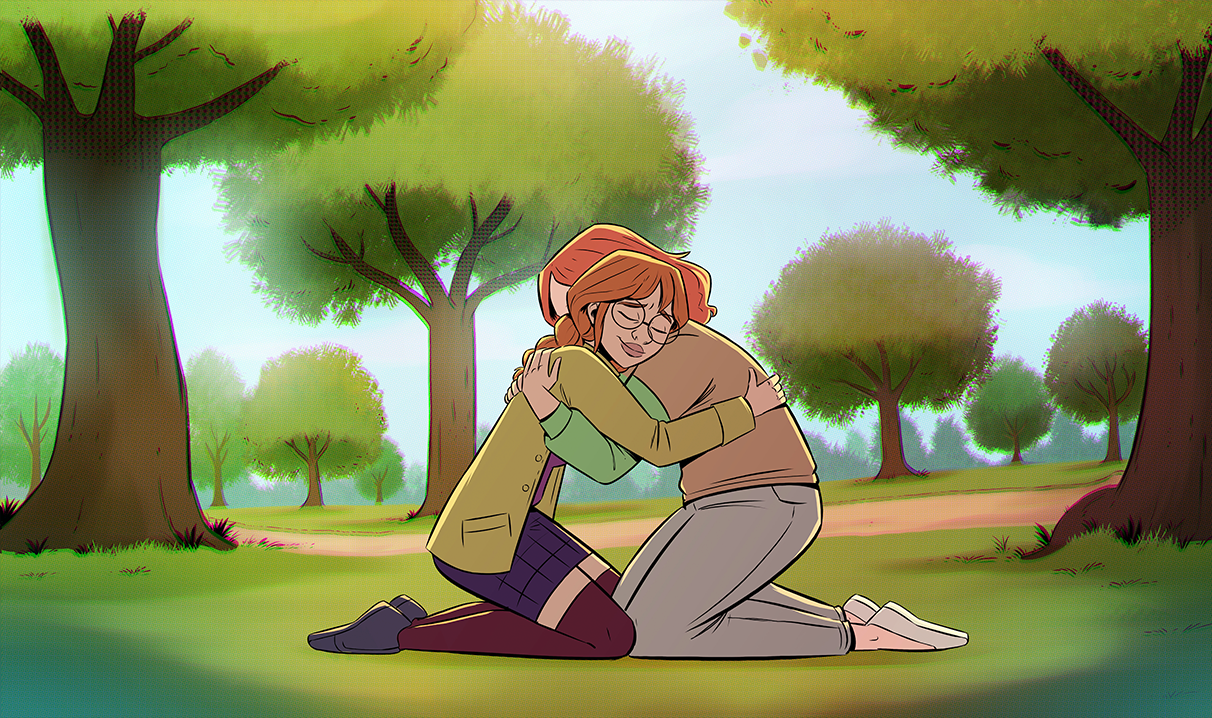 My Life is Worth Living is the first animated web series ever to address teen suicide and suicide prevention.

My Life Is Worth Living is the first animated series to ever explore teen suicide and suicide prevention, and the release of the web series’ Part 3 comes right on time.

October 10 marked World Mental Health Day, an international day of observance to raise awareness for mental health. Over the past year and a half, the COVID-19 pandemic’s impact on mental health — and its unique impact on younger generations — has been tracked and studied closely. The number of teens who express symptoms of mental health conditions has risen, as well as the number of teens who experience anxiety. A 2020 report from the CDC found that while 40% of people were dealing with a mental health condition during the pandemic, young people and racial and ethnic minorities were among those with disproportionately worse outcomes and higher levels of suicidal ideation.

According to the Trevor Project, suicide is currently the second leading cause of death among young people, with LGBTQ youth being four times more likely to consider and attempt suicide than their peers. The stigma around discussing mental health can only be destroyed brick by brick. By being transparent about their own experiences and challenges with mental health, celebrities and other notable public figures have cracked open important conversations that help reduce this stigma.

But we still have a long way to go, and can only reach more people by starting these conversations in creative ways, and through different mediums. Enter: the first animated series to address teen suicide prevention.

My Life is Worth Living was created by animation executive and producer Terry Thoren’s Wonder Media in collaboration with the Cook Center for Human Connections. Thoren is most known for his work on the classic ’90s cartoons Rugrats and The Wild Thornberrys. The new series tells five stories over the course of 20 episodes, following a set of diverse characters experiencing suicidal thoughts. The characters experience struggles that young people face IRL, like bullying, substance use, trauma, and abuse.

“We’ve produced this animated series with science and experts behind it,” Anne Brown, CEO of the Cook Center for Human Connection tells Teen Vogue. “Each of our characters are struggling with common teenage struggles and mental health issues that can lead to suicides.”

My Life Is Worth Living aims to resonate with teenagers, one of the most vulnerable demographics to suicide, and act as a conduit between teens and those they go to for help, through a familiar, diverse, and accessible medium.

“We know kids are on phones and online and this needed to be easily available and free to anyone 24 hours a day,” Thoren told King 5, a Seattle NBC affiliate. “Animation doesn’t know any race, religion, culture or creed and it knows no borders, and suicide knows no borders.”

The series is available to watch for free on YouTube, and currently has 10 episodes ready to watch.

If you or someone you know is contemplating suicide, call the National Suicide Prevention Hotline at 1-800-273-8255 or text HOME to the Crisis Text Line at 741741.